Since the fires started in September of 2019 around 27 million acres have burned, 29 people have died, 2,500 buildings destroyed and over a billion native animals have perished. The unprecedented bush fires in Australia have seen the Navy called in to evacuate citizens from fire ravaged areas who are cut off from escape routes due to the catastrophic fires. The recent rescue efforts of thousands of people from a beach in Mallacoota by HMAS Choules resembled scenes of soldiers being rescued from the beach of Dunkirk. This isn't Dunkirk,  it is Australia, and it has entered a climate war footing, yet few in the political realms are willing to admit this. Some of the aerial footage being beamed around the globe resembles nuclear devastation with towns decimated and entire regions vaporised by fire. While Australia burns the predictions and links to anthropocentric climate change are becoming obvious and clear for all to see. With 2020 upon us, it is worth reflecting on how we got to this point. 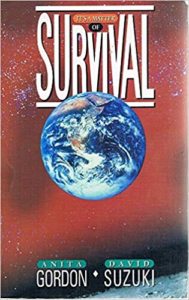 I was trawling through my bookshelf over the holiday period and came across a book I purchased in the early nineteen nineties. The book titled,  It’s a Matter of Survival was written in 1992 by David Suzuki and Anita Gordon. Gordon and Suzuki caution of the transition we will need to make if we are to avoid a climate crisis and ecological devastation. Written almost thirty years ago the ominous warning signs were visible then. Sadly, while general mainstream awareness has increased, due to the prominence of the Internet and widespread adoption of social media, everything has got a lot worse. Fossil fuel use has increased, deforestation has escalated, soil erosion has intensified and the ecological extinction of flora and fauna has continued at an alarming pace.

With an abundance of alarming facts, figures and data about the looming crises it seems peculiar, if not suicidal, that relatively little has been achieved over the last few decades in regards to halting both the extinction crisis and our unsustainable use of fossil resources and other resources. That is until you examine why it is we do what we do!

1. Discount Rates - Humans have Evolved to Favour the Present Over the Future 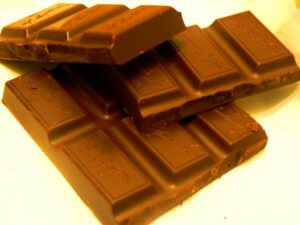 For evolutionary purposes, primarily shorter life spans due to the uncertainty and variability of food sources, as well as the risk of food contamination, humans have evolved to favour the present more than the future. In finance, the discount rate refers to the interest rate used in a discounted cash flow analysis to determine the present value of future cash flows. In laymen terms, the steeper the discount rates the more the person values, or is hooked on the present. Time preferences can influence our decisions and actions. Hence why, as a society, we tend to make choices favoring present moment gratification over making long term commitments. 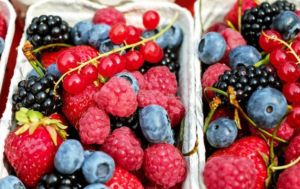 To illustrate this time preference for immediate gratification, a group of people were asked to plan a snack for preceding week. The candidates were asked to choose between chocolate and fruit. People made the more health conscious choice of fruit (75% of the time) for upcoming week. However, when asked to choose a snack for today, 70% selected chocolate as the food of choice in the more immediate future.  Similarly, when asked to choose a movie to watch next week 63% indicated they would choose an educational documentary. When asked about what film they preferred to watch tonight, 66% picked a comedy or sci-fi.

It is little wonder why many of the most significant choices people make each and every day sacrifice long term delayed benefits over short term smaller immediate rewards. This explains partly why the climate change and ecological challenges are hard to address. While generally people are well meaning, we tend to do what is convenient, pleasurable or fun in the short term. 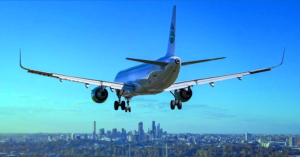 My friend and colleague is a documentary film maker and works with many of the leading figures in the environmental space. He has made several feature length documentaries about the state of the world and our place in it. The people he interviews for his documentaries are some of the most knowledgeable folks on the planet when it comes to understanding the numerous ecological challenges we face. Yet he tells me, most will have no hesitation in hopping on a plane for a vacation to Europe or abroad. It seems our own short term 'time preferences' override our well-meaning desires for change.

While there are many senior citizens doing great work to raise awareness around the issues at hand, there is also a segment of the community who feel it is their duty to rip through as many carbon credits as they can. Popular ways of doing this include; flying, cruising, conspicuous consumption and driving as far as your retirement savings will get you. A sense of entitlement comes with having done the hard yards over many decades. Plundering the planet through consumption is the reward for the years of drudgery and conditioning the mainstream media, and clever marketers, have indoctrinated us with. The mantra's of, go shopping, consume like there is no tomorrow (gear up on debt) and we must continue to 'grow our economy' have become pervasive throughout society. 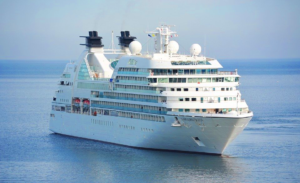 There are other factors at play which inhibit our ability to make meaningful change. The ‘rebound effect’ occurs when any savings made through efficiency are offset by increased usage. For example, if you have invested in a fuel efficient vehicle the temptation to drive more often and further will offset any efficiency savings you may have made by purchasing a less polluting vehicle.  We think by composting our garbage we will save the planet, but are happy to drive 10 miles to go get a burger, fries, and a case of beer. It makes no sense, yet few of us consciously think about our actions, we lack the ability to see the connections. Our responses usually tend to offset the beneficial effects of the new technology or other measures taken to peruse positive change. 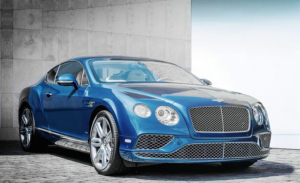 At the very core, humans are a social species who compete for resources and status. We care about and value relative status. In other words, many of us try to outdo our peers, neighbours or colleagues, hence the term, keeping up with the Joneses. We see signs of this embedded throughout modern Western, and now many, Eastern cultures. From the cars we drive, the houses we live in, to the jewelry, clothes and technology we use and adorn ourselves with. Thorstein Veblen, sociologist and economist coined the term ‘conspicuous consumption’ back in 1899 to explain the flaunting of wealth which emerged as a result of capital accumulation during the Second Industrial Revolution. We use the ostentatious consumption of various consumer goods to signal to others we are doing well and to some degree provoke envy. As Tim Jackson author and economist of the best-selling book, Prosperity without Growth, explains, “Our own relentless search for novelty and social status locks us into an iron cage of consumerism. Affluence has itself betrayed us.” He is right.

Combine our love of novelty with our time preferences for immediate gratification with powerful marketing and advertising messaging and it easy to see why little has changed over recent decades. Another dominant influence of our behaviour is the influence of the mesolimbic dopamine pathways, know more commonly as our reward pathway. The mesolimbic pathway is a collection of dopamine-releasing neurons which controls motivation, reinforcement learning, and fear, among other thought processes. From our ancestral heritage these mesolimbic dopamine pathways were primarily linked to motivation and calorific reward (finding food). 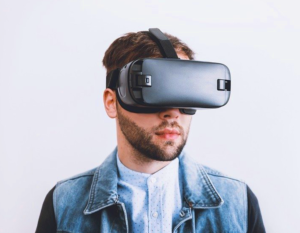 You don’t have to look far in the west to see the distractions humans have built into our lives to entertain, distract and numb us from the monotony of everyday life.  Many of the gadgets, technology and social media, which now entertain the global consumer market have the same impact on our brains in activating dopamine-releasing neurons. The reward circuitry of our brains are stimulated by a 'like' on Facebook, an email hitting our inbox, the next episode of our favourite Netflix series, playing a video game, gambling, or dabbling in the stock market. We can become addicted to these quick fixes. The problem is, these modern stimuli do not provide a calorific reward; therefore we feel no physical satisfaction like our ancestors did when finding fruit, nuts or berries. Hence, we can become addicted to these ‘dopamine hits’ further distracting us from meaningful discussion, activism and action around more serious matters.  We look for and consume more and more in the hope we will become satiated. 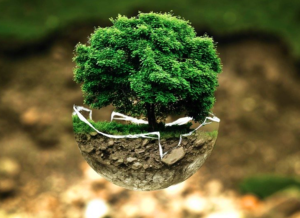 Part of the problem with our failure to take action on many of the challenges we face as a society is due to not being able to understand complex systems. Systems do not act in isolation, energy; economy and environment are all interconnected and inextricably linked. As a society, we fail to see the connection of our actions, favoring the present more than the future. Our love of novelty, status and our addiction to dopamine, have all contributed to our collective failure to act decisively on broad issues. We must come to terms with, and understand, why we do the things we do before any real progress can be made.

While it is easy to be optimistic and come up with short-term solutions to these challenges, we must also look within ourselves and work within the limits of reality. Building individual, local, community and regional resilience is only possible by understanding how and why humans do what we do. Only by recognising these shortcomings can we then move to a place of understanding and appropriate action. Only by being honest with ourselves and taking a  holistic long term approach to solving many of the challenges we face, will we truly be able to make any meaningful progress to addressing the multiple crisis we face. If we fail to do so, we will almost certainly witness the  catastrophic collapse of economies, ecosystems and civilisation as we know it. Our greatest ability as humans is to conceptualise and think, now would be an opportune time to do so…... 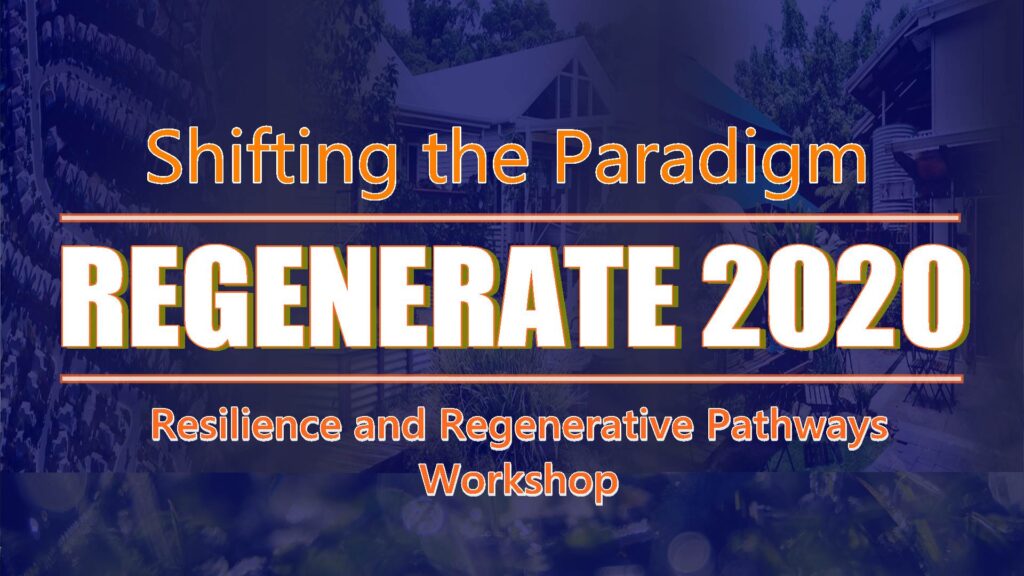 To learn more about workshops on building organisational, community or local government resilience click here or the banner to the left

References: Economics for the future – Beyond the superorganism, N.J. Hagens