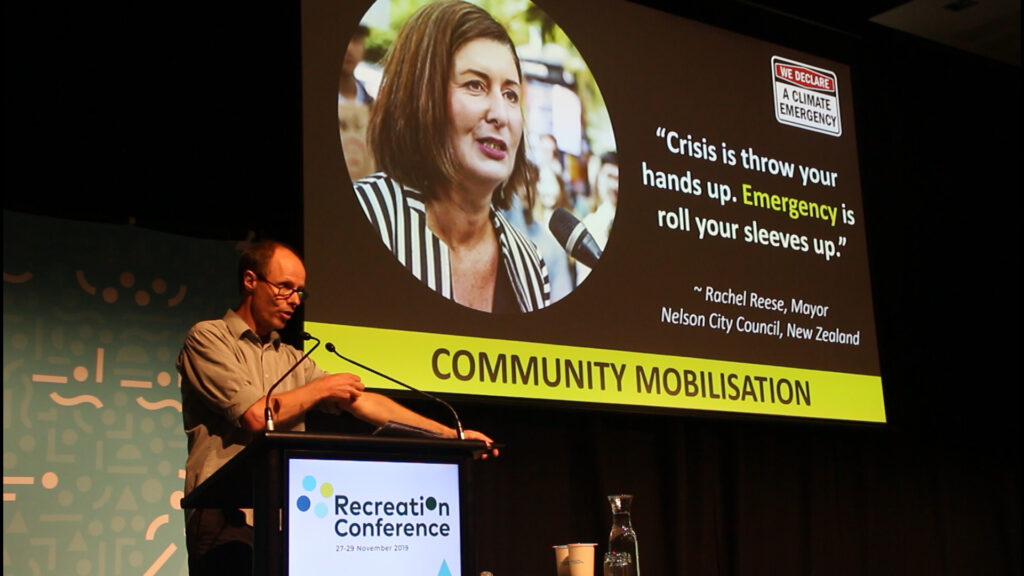 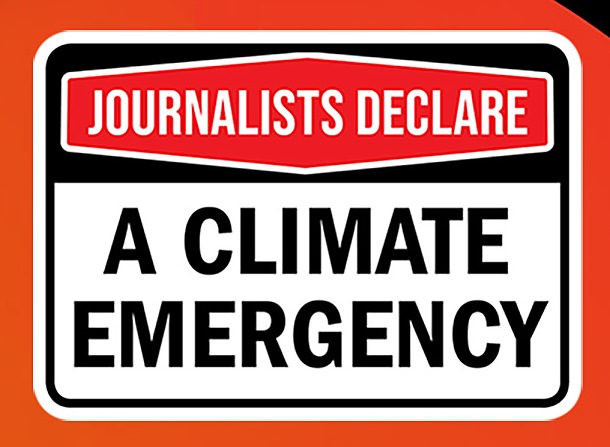 Meet the man behind one of the most successful awareness initiatives in the climate action movement. Mik Aidt is an Educator, Communicator, Climate Emergency Activist and one of the original founders of the movement to declare a climate emergency. He is an Australian citizen with Danish heritage, who in 2013 founded a weekly radio podcast show about the climate emergency and sustainability, The Sustainable Hour, which today is recognised as a leading Australian podcast in its field.

What he has achieved in his awareness raising and re-framing messaging efforts is truly staggering. Mik has been organising winning community campaigns, and planting and nurturing ideas which have later blossomed on a global scale. Today, 1,500 councils, 11,000 scientists and the EU have declared a climate emergency. Mik is owner of the www.climateemergencydeclaration.org web site, and he was influential in Greta Thunberg's rise to prominence during 2018.*

Late last year the Oxford Dictionaries declared 'climate emergency' Word of the Year for 2019. This was a result of the hundred-fold increase in usage of the word which demonstrated a more urgent way of communicating the seriousness of the climate crisis. 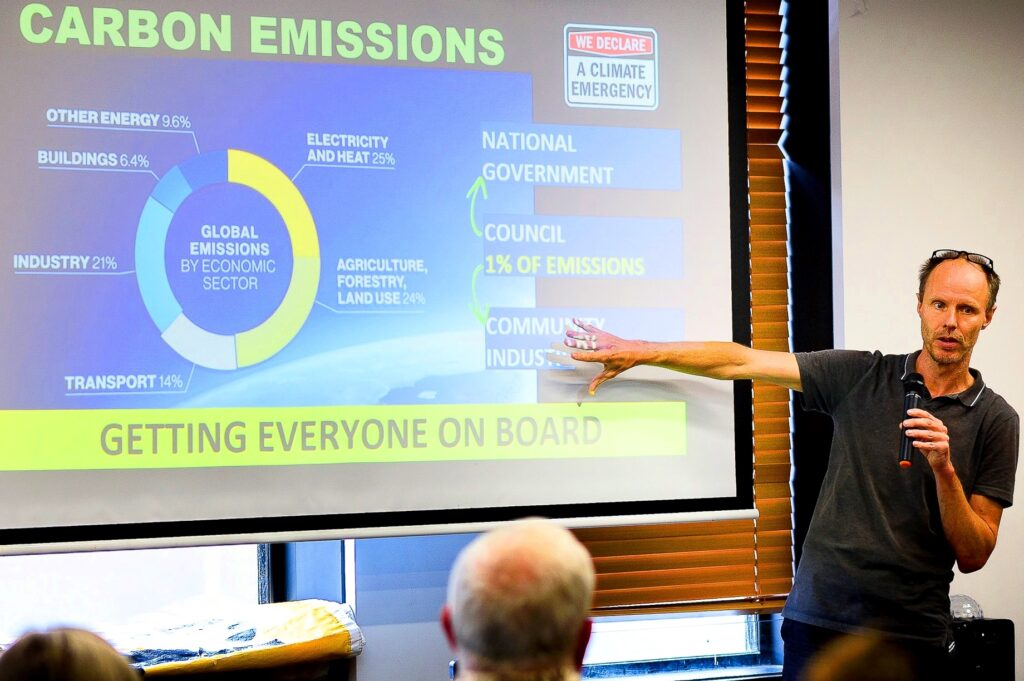 Mik has an extensive background in media and communications. He worked for the Danish Broadcasting Corporation and as executive producer of a weekly, national radio show in Australia on SBS Radio. After clocking up over 300 hours of sustainability programs on community radio in Geelong as well as co-founding the production company Geelong Media in 2017, Mik has also become a sought-after lecturer and moderator at conferences and seminars.

AN INSPIRATIONAL AND MOTIVATIONAL SPEAKER

"If we are to succeed with the decarbonisation project, it will not happen by waiting for our governments to impose bans, fees, restrictions or penalties. We will only really get the truly sustainable and circular ball rolling if we are able to rethink our ways of living together, and if we succeed in setting new meaningful goals for what we want to achieve in this life we are given." 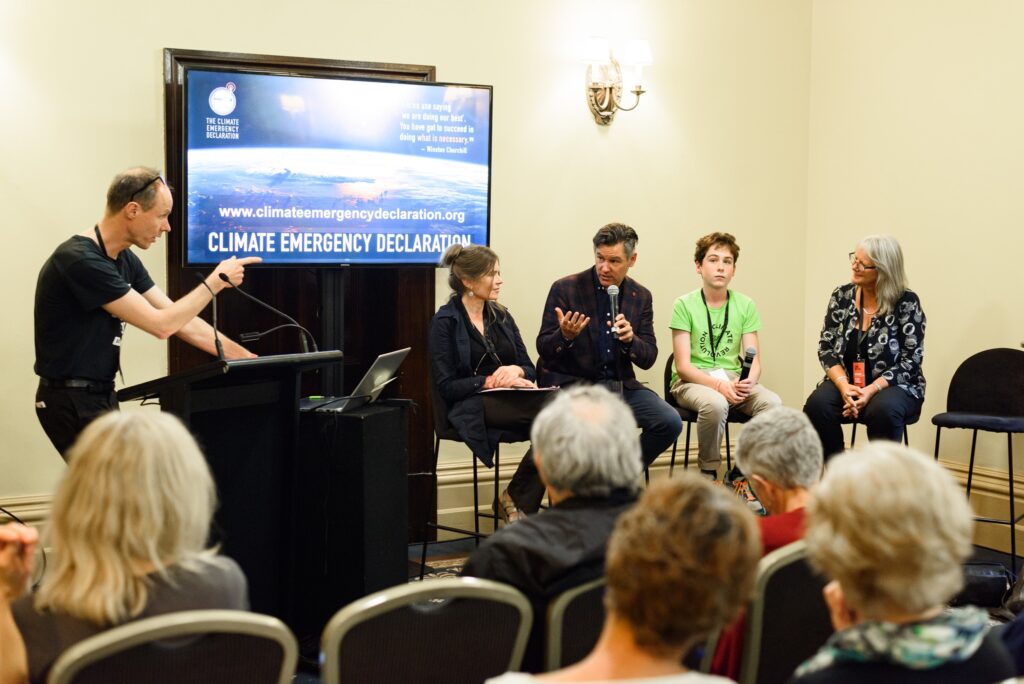 Mik is an eternal optimist, but his presentations also deliver a realistic dose of pragmatism and an understanding of the technical and ecological challenges we face. Mik shares his insights into how and why the climate emergency declaration initiative was so successful - and where he thinks the movement will be moving next. He points to the opportunities ahead and inspires people towards a new way of creative thinking, potentially a deep shift of mind and of heart.

Mik's visionary ideas ad provocative questions are particularly relevant as we move into an uncertain future. To hear a truly inspirational, passionate and motivational leader in the world of climate activism, book Mik for your next event, conference or function. He shares his story, wisdom and knowledge plus much more.

BE INSPIRED BY MIK AND LEARN: 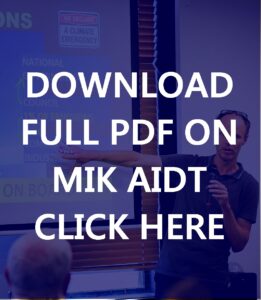 To learn more, or to book Mik for your next conference, workshop or event email: andrew@rethink-consult.com

The Sustainable Hour first interviewed Greta Thunberg in August of 2018 on the third day of her school strike for climate in front of the Swedish parliament. Mik took the initiative when he saw the first Facebook video of her sitting alone in front of the Swedish parliament. He called a colleague in Stockholm, who he had worked together with on a climate action project, and asked her whether she would do an interview with Greta for The Sustainable Hour. She did that on 23 August 2018. Through the podcast and radio show, they started spreading Greta's words and news about her strike idea on a weekly basis, calling for Australian students to join Greta. Two girls eventually put their hand up, and two months later, 15,000 other students joined them with colourful and humorous signs in the streets of Melbourne. The most recent climate strike saw over four million people from over 150 countries in 5,000 different locations coming together to make their voices heard.