The Case for Building Resilience

Article by Andrew Martin, author of Rethink…Your world, Your future. 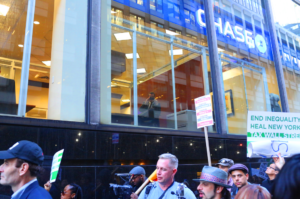 I want to start with a disclaimer, I am not a scientist or a climate expert. I have had the good fortune of working with, and having access to, many of the leading investors and analysts in the financial markets for well over a decade. One thing I learnt during this time was to question the current narrative and take a 'contrarian' approach to making investment decisions. Since then I have been researching, collaborating and connecting with many of the leaders in the fields of energy, economy and climate.

While it always pays to look at data and research, anecdotal stories and on the ground observations can provide crucial information when making decisions, as markets can often give misleading and false signals. Case in point was when the mainstream media was touting only weeks before the GFC that the housing market was indeed solid and there was nothing to be worried about. Contrarian commentators were laughed at for comments saying there were fundamental issues with sub-prime mortgages and saying it was a house of cards.

This brings me to the climate debate. After speaking with many farmers, landowners and old timers across Australia and New Zealand there seems to be a common thread. This time it is different and things are starting to get really weird. Having established a small lifestyle farm over the last several years I have noticed the subtle changes and nuances nature brings. It is hard to understand and see these when we are living in major cities as our connection with nature is limited. Small changes in temperature can have dramatic and potentially devastating consequences for farmers. 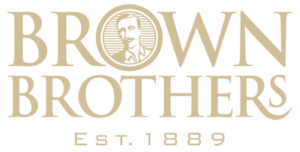 On a commercial level, Ross Brown, Executive Director of Brown Brothers Wines, (the family-owned winemaker has been growing grapes in Victoria since the 1880's) one of the largest wine producers in Australia said in an ABC 'Four Corners' interview, "harvests are becoming shorter and earlier, which is causing a change in the way we grow and make our wines." Admitting they might have been skeptical about the reality of a changing climate some years ago, there was an abrupt turnaround after careful research and inquiry. This resulted in a boardroom decision to make 'significant changes' and do planning on a 2 degree increase in temperatures. As part of this new strategic direction the company has started experimenting with new varieties and has moved part of its operation further South, to Tasmania.

supervises institutions across banking, insurance and superannuation warned financial institutions should consider climate change in the context of their strategic and operational risk management. The regulatory body referred to creating a level of resilience so the economy, and the financial institutions within in it, are well-placed to withstand the challenges they will inevitably confront. (1)

As a young lad in the early 90's I read the book, 'Its a Matter of Survival' by Anita Gordon and David Suzuki. The book warned back then of the transition we would need to make. It outlined our shortsightedness, failure to read the warnings, our inability to grasp the significance of our actions-and the tough decisions we have to make in order to save ourselves. Since then there has been a lot of talk, but things have only got a lot worse. Global carbon emissions reached an all-time high in 2018,  increasing by about 2.7 percent over the last year. (2)

The Climate Crisis is Primarily a Behavioural Crisis

As humans we make poor decisions based on biases, beliefs and misinformation. These decisions shape our world and will increasingly influence the future of the species and our survival on the planet. These behaviours may not always be expected, make sense, or are rational. Work by Jared Diamond, Joseph Tainter and Ronald Wright have contributed much to the conversation around understanding why societies fail, succeed or simply collapse. There are numerous reasons why societies collapse, ranging from environmental degradation (soil erosion, salinity problems, water scarcity), overpopulation, over exploitation of natural resources (water, forestry, over fishing, over-hunting), and economic dislocation. Many of these problems are a direct result of how we make decisions and the discrepancy between currently held information and beliefs. 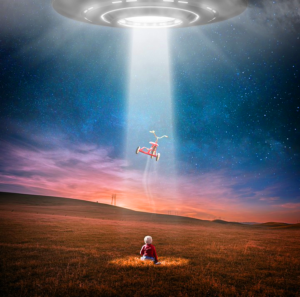 On researching material for my latest book, Rethink Your World, Your Future...I came across this interesting but, true story. The story of Marion Keech has many similarities to the climate and resource depletion debate. The story starts with Marion Keech, a suburban housewife in Minneapolis back in 1954. Keech believed she was receiving messages from aliens, from the planet Clarion, for a number of years. According to Keech, human civilization would be destroyed by a massive flood at the stroke of midnight on December 20, 1954. Keech and her followers were convinced the flood was coming. All marked the date of Armageddon on their calendars, quit their jobs, sold their homes and didn’t bother buying Christmas  presents for friends or relatives.

Gathered at her home on the evening of the 20th, Keech was unaware prominent social psychologist, Leon Festinger and some of his colleagues had infiltrated the group. Festinger and his group were hoping to observe and study the reaction of the cultist when the world was still intact and the aliens which were supposed to escort them to a waiting spaceship did not materialise.

The stroke of midnight passed at the Keech residence and nothing happened. At 4:00 am the group continued to sit in silence after a few feeble attempts had been made to explain the alien no show. Keech then broke down and cried.  At 4:45 am Keech gets another message from the aliens. The message stated, “The God of Earth has decided to spare the planet from destruction. The cataclysm has been called off. The little group, sitting all night long, has spread so much light that God had saved the world from destruction.” The message was received with warm enthusiasm by the group. In a stark turnaround on the afternoon of December 21st, the group who had previously shied away from media coverage now wished to tell their story.

The story of Mrs Keech and her group highlights what psychologists’ term cognitive dissonance. This theory became Festingers seminal work and many regard this as one of the most notable achievements to understanding social psychology. Cognitive dissonance is the mental anguish and stress created when there is a discrepancy between currently held information and beliefs, versus new information contradictory to those originally held beliefs or information.

We Change Our Stories to Match Our Beliefs

Festinger and his colleagues who had infiltrated the group, hypothesized before the event occurred, the dissonance created by dis-confirmation of the group’s beliefs would motivate them to change their beliefs, or seek alternative strategies to re-confirm their beliefs. They were right. Instead of accepting they were wrong, the group continued to reassure themselves, finding alternative stories to reconcile the dis-confirmation with their chosen beliefs. The group’s strong commitment to the prophecy allowed them to identify with a new set of explanations which remained consistent with their original claims. Festinger outlined, “the existence of dissonance, being psychologically uncomfortable, will motivate the person to try to reduce the dissonance and achieve consonance. When dissonance is present, in addition to trying to reduce it, the person will actively avoid situations and information which would likely increase the dissonance”.(3)

The story of Keech and her group has relevance to the current climate change challenge. It seems we keep reassuring ourselves by finding alternative stories to reconcile the dis-confirmation with our chosen beliefs. While the planet starts to slowly cook and species go extinct at an alarming rate, it seems we keep avoiding situations and information which would likely increase the dissonance. Popular narratives such as 'technology will save us' and we can 'live on a warmer planet', while maintaining economic growth and the 'status quo' run contrary to reality. While we delude ourselves with wishful thinking and psychologically comfortable narratives, we are wasting precious time and limiting our ability to engage in positive and meaningful change.

(1) The weight of money: A business case for climate risk resilience - https://www.apra.gov.au/media-centre/speeches/weight-money-business-case-climate-risk-resilience