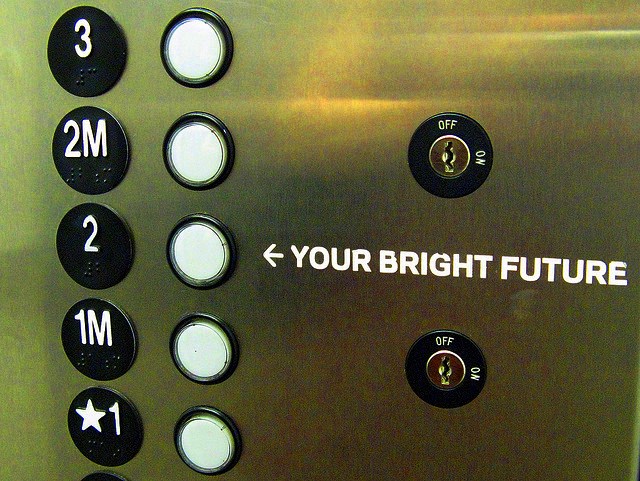 We like to think of ourselves as rational creatures. We watch our backs, weigh the odds, pack an umbrella. But both neuroscience and social science suggest that we are more optimistic than realistic.”  Tali Sharot

Seeing the Upside as Opposed to Reality

Optimism bias helps explain why we often overextend and see the upside of a situation rather than looking at things as they truly are. Research has shown humans are generally more optimistic than not. We believe the future will most probably be better than the past or present. Tali Sharot, a research fellow in cognitive, perceptual, and brain sciences at University College London, has examined the optimistic side of humanity extensively, and offers these insights into the phenomenon:

We overestimate the chances good things will happen to us and underestimate the likelihood we will meet with misfortune. In the Western world, divorce rates are higher than 40 percent: Two out of five marriages end in divorce. But newlyweds estimate their own likelihood of divorce at zero. Even divorce lawyers, who should know better, vastly underestimate their own likelihood of divorce. Although the sunniest optimists are just as likely to divorce as the next person, they are also more likely to remarry. In the words of the 18th-century English author Samuel Johnson, “Remarriage is the triumph of hope over experience.”  (1a)

What Causes Us to be Optimistic?

There are four factors that cause a person to be optimistically biased. These include, their desired end state (how they visualise the future), their cognitive mechanisms (the way they think and process information), the information they have about themselves versus others, and their overall mood.(2a) Humans form beliefs asymmetrically, hence we tend to discount bad news but embrace good news. This reduced impact of unfavourable information on belief updating may have important societal implications, including the generation of financial market bubbles, ill preparedness in the face of natural disasters, and overly aggressive medical decisions.(2)

Researchers have identified some general rules most people adhere to when forming beliefs about reality. Normative theories suggest when favourable news is presented to an individual, the individual accepts this information and incorporates it into their beliefs. When unfavourable news is presented, people show an aversion to incorporating it. Specifically, they discount the strength of the new information. This tendency to selectively ignore negative information is known as the “good news/bad news effect.”(3)  It seems our brains are hardwired to be positive and look for good news most of the time. While this gives the feeling everything is going to be alright, it sets us up for an illusory existence.

We are more optimistic about things we are familiar with!

A Harvard University study published in the New England Journal of Medicine found Americans’ distrust for their country’s health care industry was high, but they highly rated their own medical practitioners. Similarly, the American public hate Congress yet like their local representatives. The bias speaks to a deep-seated belief we hold as humans. The things we are more familiar with seem less amenable to outside influences. More generally, the optimism bias gives us the false comfort in knowing, deep down, that we are immune to statistical probability. Psychologists speculate we have this mechanism to override the mountain of negative data and swarm of naysayers, both of which tell us happiness shouldn’t be possible, so that we may find personal fulfilment anyway.(4)

As humanity struggles with major challenges of environmental degradation, ecosystem collapse, ocean acidification, a changing climate, resource depletion, and economic uncertainty, it seems like a good time to reassess the validity of our decision making ability. Are we placing too much emphasis upon our optimist nature? Are we hoping things will work out, as opposed to basing our decisions and actions on reality? Many of our most recent crises have been driven by an unrealistic expectation of the future, expectations the future will look like the past. While it is important to be positive and strive to do well, it is equally important to look at the facts and information to make realistic decisions based on the relevant available data.

Article by Andrew Martin, author of  Rethink…Your world, Your future. and One ~ A Survival Guide for the Future…